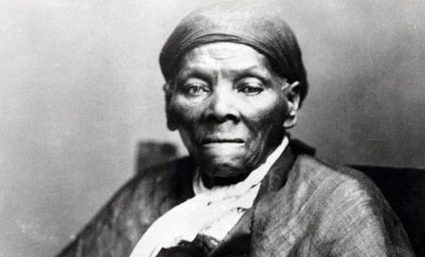 Harriet Tubman, the woman replacing Andrew Jackson on the front of the $20 bill, was of small stature, great courage, and is the subject of this week’s showcase.

Tubman escaped slavery around the age of 29 and soon became known as the “conductor” of the Underground Railroad. She left her husband, parents, and siblings in her flight from slavery, but returned to the South upwards of 19 times to free her family and an estimated 300 other slaves. It should be noted that Tubman was five feet tall, had no education, a $40,000 bounty on her head, and never lost a single fugitive.

The true impact of her Underground Railroad activity was described by Al Sharpton as a movement not only among slaves, but slave owners. Tubman struck fear into the hearts of plantation owners, not because they were afraid she might show up and free the slaves, but because her message of freedom couldn’t be stopped.

During the Civil War, freeing slaves from plantations was a strategic move the Union used to cripple the South. Colonel James Montgomery recognized that Tubman’s skills were an asset and was assisted by her in a number of scouting missions and raids, freeing many slaves and burning down several plantations. For her heroism, she was paid $200.

For slaves, Harriet Tubman was a symbol of hope and freedom. Today, she stands for not only the best in the African-American community, but in America. Annette Gordon-Reed put it like this, “[Tubman’s] is a story that’s not just about black people, but it’s about human beings caring for other people and having the courage to do what is right even at peril to yourself.”