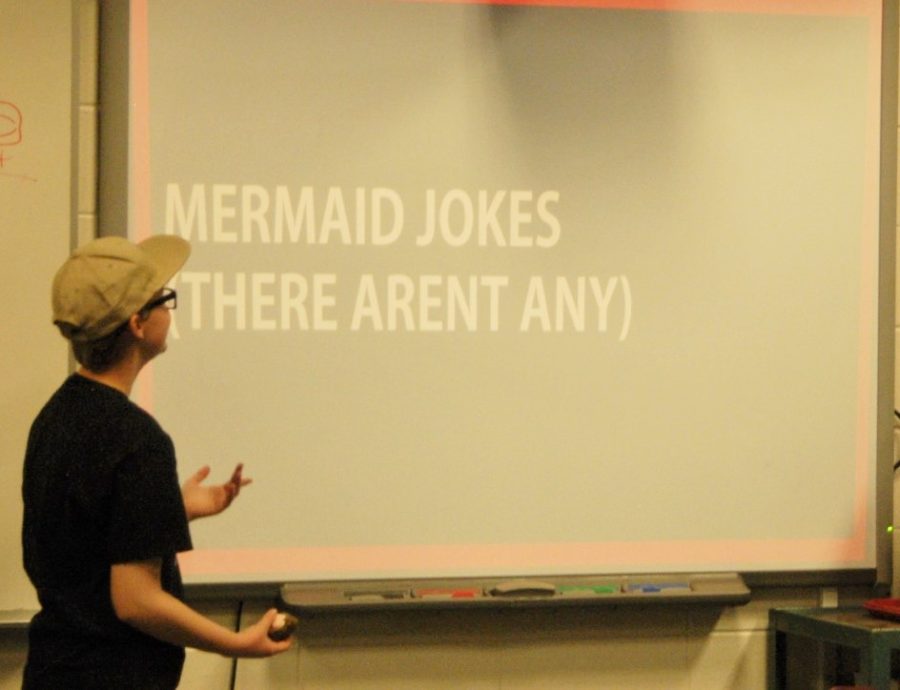 Welcome Bigfoot Club, the place of myths and hilarious jokes.

“I created (the club) as a joke but also for my love for the myth of Bigfoot,” said freshman and club founder Holland Sullivan. “It just become an actual thing and became pretty awesome.”

Bigfoot Club has been around since the beginning of this school year and meets every Thursday at lunch in room 302.

The biggest focus of Bigfoot Club is learning about different mythical creatures and determining if they are real or not, but it also has another focus, comedy.

“Mostly we joke around,” said freshman and club member Thorn Ober. “Sometimes we talk about Bigfoot, but it’s mostly just coming here and having fun.”

The legend of Bigfoot has been around for nearly 50 years and to have a club that both supports and jokes around about Bigfoot is remarkable.

When asked whether club members believed in Bigfoot or not, most bluntly answered with “no” but Ober had a different view.

“I guess [I believe in Bigfoot] because we don’t really know what’s in the world,” said Ober.

The truth may never be revealed as to whether or not if Bigfoot and his relevant cousins exist, but all that can be done at this moment is to become informed about the legends and decide for yourself if the legend of Bigfoot is true or not and Bigfoot club allows students to do this while having a good time and joking around.