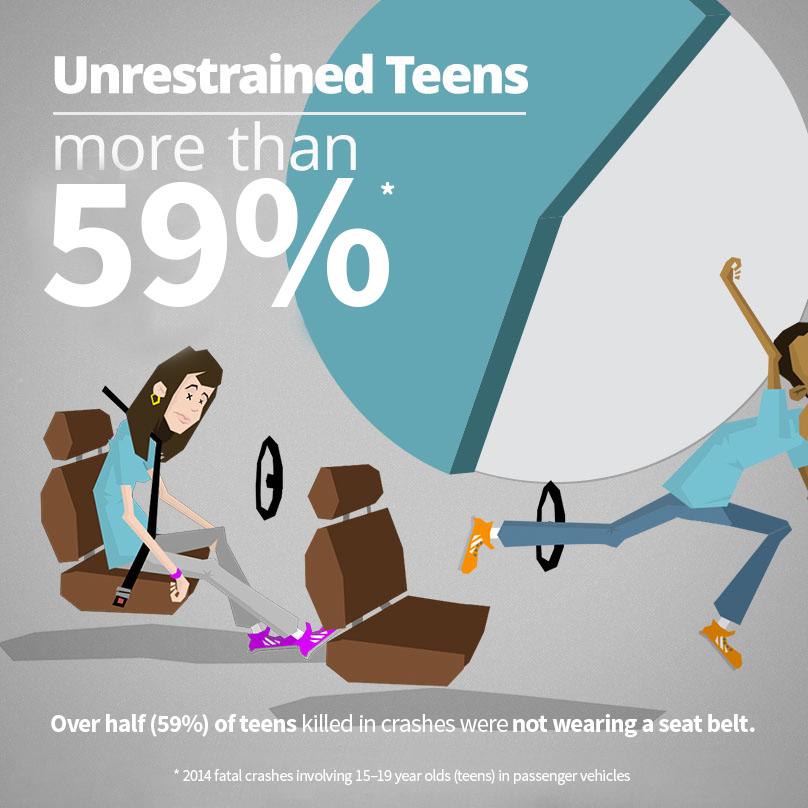 This week is National Teen Safe Driver Week, and Rocky is celebrating their number one rank in the buckle up challenge last year by hosting a safe driving event on Friday.

Friday during lunch, root beer floats will be provided and served by Alexa’s Hugs, Walmart, and American Family Insurance agent Bryan Allshouse. Big Rob from 96.1 will also be doing a live broadcast.

RMHS is the only high school in the district hosting an event like this, because last year Rocky had the greatest improvement in seat belt usage in Northern Colorado. Alexa’s Hugs, the group that sponsors the competition, is a non profit organization which dedicates itself to spreading the word about safe driving among teens. The foundation was born out of the tragic death of the founding members’ 19-year-old daughter’s fatal car crash on 1-25.

For the last three years, Alexa’s Hugs has come to Rocky, unannounced, at the beginning of the year and counted the number of students driving without a seatbelt. According to the foundation, Rocky usually starts “at about a C.” At the end of the year, they return and count again, and for the last two years the student body increased usage more than any other high school in the region.

Last year, RMHS also won $500 for producing the best public service announcement.The PSA was written and produced by Rocky students and was revealed at the 2016 RMHS Alexa’s Hugs assembly.

Ultimately, though, National Teen Safe Driver Week is about getting teens to be safer drivers, The Traffic Safety Marketing website (the sponsors of National Teen Safe Driver Week) stressed the importance of parents talking to their teens about the “‘5 to Drive’ rules of the road,” those being alcohol consumption, lack of seat belt usage, distracted driving, speeding, and distracting passengers.

While Alexa’s Hugs has the same message, they have a very different approach to communicating it. Tad Johnson, Alexa’s father, said, “(Students) are the best messengers. Peers are going to listen to other student. We give you the tools to say ‘you matter, we want you safe,’ and encourage others to make safe choices.”

The event is meant to both acknowledge the work done in the last few years, and to “be the catalyst” to this year’s campaign. Joan Johnson of Alexa’s Hugs said, “You are important and we want students, staff, and families to be safe.”

For Alexa’s Hugs, National Teen Safe Driver Week is about students putting in the effort to keep their peers safe on the road.