Why Ukraine? A look into Russia and Ukraine’s convoluted past. 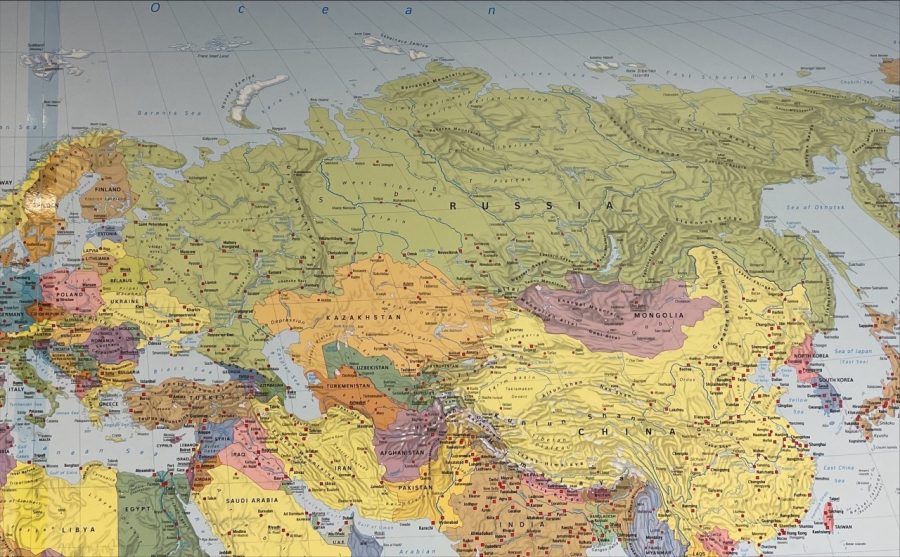 Around 5:30 AM, February 24, Russia commenced its invasion of neighboring country Ukraine after decades of rising tension. The news of the invasion has served as a tough-to-swallow pill to the rest of the world and has left many with the question “why?”– What is so special about Ukraine?
A brief history
Russia and Ukraine have a long history of conflict. The current leaders of the two countries are Vladimir Putin (Russia), and Volodymyr Zelenskyy (Ukraine). Zelenskyy came into power only three years ago, but Putin, who came into power 22 years ago, has harbored aggression towards the country far longer.

The Cold War spanned from 1947 to 1991. In 1949, the North Atlantic Treaty Organization (NATO) was founded in response to the fear imposed by the Soviet Union. Still standing today, NATO consists of 30 countries– European and others. Its main goal according to Alex Finnis for iNews is to “guarantee the freedom and security of its members through political and military means.” Essentially, this means that whoever signs themselves into NATO agrees to help and defend any other country in the alliance should they face external attacks.

During the Cold War, Russia and the US began developing nuclear weapons as a way to intimidate one another, and each placed missiles on the land of their smaller allies closest to the opponent. Russia deployed missile bases on Cuba and other countries to be ready for attack. These smaller countries offered additional assistance by influencing either democracy or communism onto other countries based on which party they followed. Those confrontations are called “proxy wars,” defined as “a war instigated by a major power which does not itself become involved.”

The Chernobyl crisis in Ukraine happened in 1986 when a nuclear accident with a power plant reactor caused the deaths of 60 total people–either from the blast or from contracting cancer by staying in a radioactive zone. The crisis led many of the Soviet Union members to believe Russia was unable to ensure their safety–despite other claims. This kickstarted the disbandment of the Soviet Union. After its fall, many of its smaller republics claimed their independence, which caused Russia to lose two million square miles of territory and a significant amount of power.

Of those former Soviet republics, Ukraine was granted independence in 1991. Since the end of the Cold War and the demise of the Soviet Union, Russia and Ukraine have repeatedly made peace agreements and violated them–making for an especially turbulent relationship between the two countries.

For decades since the war, Ukraine sought memberships in NATO as well as the European Union (EU). Like NATO, the EU agrees to assist and protect its members from external threats. However, it specifically offers economic benefits for its members, such as trade agreements, price stability, and overall stability and growth economically.

If Ukraine gains membership with NATO, it also gains guaranteed protection from Russian attacks, which would make Putin’s efforts to control the country substantially more difficult. According to article five of NATO’s treaty, an attack on one or more of their members is considered an attack on all members– and they will react accordingly. This agreement deters Russia’s agenda for power against any NATO members.

Even so, Ukraine has not been permitted to join NATO in the past because of its developing democracy. One of the requirements of NATO is to have a stable democracy, however, Ukraine’s democracy hasn’t been ideal for the alliance in the past. Furthermore, with Russia pushing into Ukraine’s borders currently, it’s risky for NATO to allow Ukraine in. It would put their countries in jeopardy and force them to be involved with the war as well as threaten any stable relationships they may have with Russia. They are not sure they want this.

What gives a beam of light onto Ukraine’s current crisis is the NATO-Ukraine Commission put into effect in 1997. This act allows for the protection of Ukraine by NATO to some extent while Ukraine is unable to obtain membership, but joining the organization completely would be highly advantageous to Ukraine.

Russia’s anger fundamentally originates from the Cold War and the fall of the Soviet Union. It is a country with a history of being power-hungry but has suffered considerable losses of such.
The importance of Ukraine
Speculations about Putin’s intent with Ukraine differ, but one fact is clear: Putin wants power.

The first thing to know about Ukraine is while it is one of the poorest countries in Europe, it is enormously rich in minerals and natural resources. Of these, it ranks first in Europe in reserves of uranium ores. Uranium is a naturally occurring heavy metal, but Uranium is also radioactive– and is used to construct nuclear weapons. Ukraine also harbors an abundance of shale gas, iron, titanium, coal, and other resources.

Next to Russia, Ukraine is the second-largest country in Europe by area. It comprises 42 million hectares (almost 174 million acres) of arable farmland, but it is only currently using around 32 million– which is already an area larger than Italy. Already in the top three for world grain production, Ukraine’s agriculture shows even more promise since the “Ukrainian parliament finally voted for agricultural land reform,” in March of 2020. This led to more than seven million farmers gaining the right to use their land at their own discretion according to Roman Leshchenko, Atlantic Council.

According to the president of the Ukrainian Agrarian Confederation, Ukraine has the capacity to feed over half a billion people.  Ukraine accounts for 12 percent of global wheat exports, 16 percent of corn, and 18 percent of barley. China imports mass amounts of corn from Ukraine specifically.

What’s more, Ukraine has a population of over 44 million–more than Poland–it is ranked seven out of 48 European countries in population.
Bottom Line
Since the Cold War and the fall of the Soviet Union, Putin has ceaselessly pursued Russia’s lost power. Ukraine’s endeavors to ally itself with NATO and the EU have threatened Putin’s agenda due to the protection such organizations could provide Ukraine.

Over half of the European countries have joined either NATO or the EU. Ukraine’s land area and natural resources, plus its considerably large population, would prove greatly advantageous for Russia to possess. Not to mention Russia’s geographical advantage by being Ukraine’s neighbor, making the invasion of Ukraine much simpler for Russia.

With the history of Russia, the USSR, and NATO combined with Ukraine’s abundance of natural resources and land, it seems certain that definitive motives exist for Russia’s invasion–though it may never be known exactly what they are. For now, the world continues to watch the events in east Europe with nervous eyes.