Rocky Shows Love for Community Through Cans Around the Bo’val 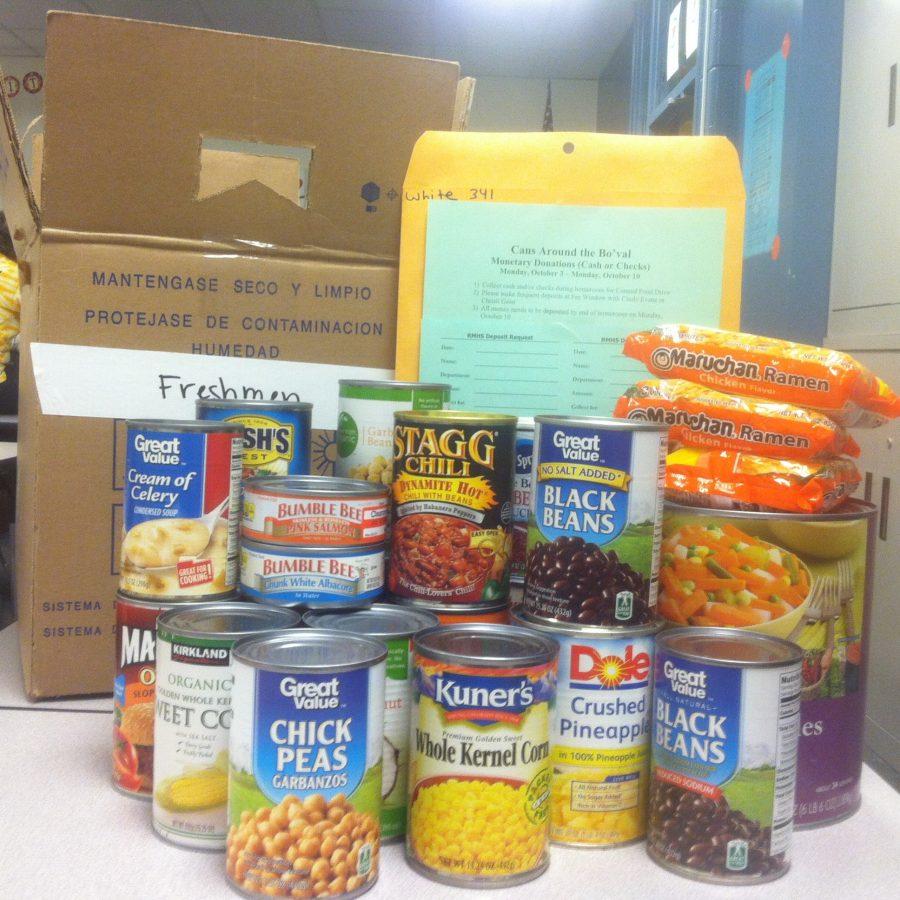 Rocky's Cans Around the Bo'val

Last Friday kicked off the season of giving at Rocky, as Cans Around the Bo’val, a canned food drive done by the Lobo community in partnership with CSU, began.

During the week of October 3, ending on Monday the 10, students will raise money and collect non perishable food for the Larimer County Food Bank to help ongoing hunger within the city and the Rocky community.

“It is awesome to see the spirit of giving that happens each year at Rocky with this event,” said business teacher Robert Papp. Rocky has taken part in Cans Around the Bo’val for many years and raised nearly 6,000 cans and $8,000 last year. The goal for this year is the same.

“I think it’s a pretty cool thing we do,” said Highlighter advisor Amy White. “I love that Rocky is giving back to the community because it’s so much (of) who we are as a school.”

The fundraiser will culminate in a school wide competition to determine who brought in the largest amount of cans and money. The three homerooms with the largest cash donation will get a pizza, donut, or ice cream party. Cans will be sorted by grade level and the class who raises the most cans during the week will win the spirit trophy.

Rocky is seeking to collect high need food items such as canned tomato products, canned fruit, peanut butter, and any canned meals such as ravioli or chili.