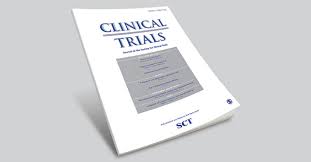 For a medical device to be allowed, it must be approved or cleared by the FDA. If a medical device is to be approved, experts must review the tests and trials run by the manufacturer and give a report about the quality and safety of the product. To have a medical product cleared is a much easier feat, as no tests on the effectiveness of the item need to be run.

A manufacturer simply has to prove that their product has the ability to function as an approved version of the product, or are at least “substantially equivalent to another legally marketed device,” as stated by the FDA.

For years, the general public has been uninformed of the difference between FDA approved products and FDA cleared products. Such ignorance displayed by our population could be fatal, and those considering using cleared products should look into them to avoid potential harm. The consequences are often so drastic because of the loopholes in the clearing trials, that death is a possible outcome.

Implying that a device must be “substantially equivalent to another legally marketed device,” gives those seeking a way into the market a large array of options. There is a net of products under their subcategory of physical device type.

Some of the ones, like approved implants or medicines, are over a decade old or have since been recalled due to injuries or proven malfunctions. However, manufacturers are still allowed to compare their product to the older or recalled products as long as they were once on the market and approved.

After receiving a mesh uterus implant, Janet Holt of Floresville, realized that getting the implant was a grave mistake. “I was in such pain I couldn’t sit, I couldn’t stand, and I could hardly walk.” After eight surgeries committed to shifting and eventually removing the device, Holt, is suing the device manufacturer.

She says she has struggled with painful nerve damage in one of her legs since the original surgery. “I’m 54 years old and it has totally ruined my life,” Despite thousands of reports from patients, alarms by women’s health advocates, and multiple lawsuits, the implants are still on the market marked with a moderate risk warning.

Thousands of all-metal hips, all much like the one Janet Holt struggled with, have been recalled. The idea that the FDA is allowing the implant to remain puts suspicion on the organization.

Lisa Wilson, who was 46-years old at the time, was another victim of insufficiently tested medical devices. She was given a lap-band to help her lose weight. The band then restricted her stomach, causing constant regurgitation and, though it was only supposed to keep her from eating lots of food in one sitting, the lap-band instead made it so that it was physically difficult to consume even the smallest quantities of food.

After losing 70 pounds on an almost anorexic style diet caused by the band, an endoscopy revealed that the device had cut into her stomach. She was told in 2010 that she would have to get it removed. After the surgery, Wilson collapsed from post-surgical infections and was hospitalized for eight days.

During her time in the hospital, Wilson regained nearly half the weight she had lost, making the cons of the process outweigh the pros.

Hundreds of those lap-bands have been, or are being used, and the FDA has no way of recalling all of them without costing users thousands. Even by recalling the product, some of the individual devices would remain unaccounted for because of how widespread they are. However, there is no proof that either the FDA or the producers are planning on recalling the product at all, yet another example of the corruption within medical marketing systems.

Now, the clearing process is corrupted–whether it was purposeful or not, but what some people aren’t aware of is that every so often, medication, or other medical devices that are dangerous, manage to get to market.

By testing products on animals, some things that would be ineffective or harmful to humans, succeed in gaining FDA approval, some laboratory procedures that go well with animals have killed patients who later found a need for the medication.

A majority of the FDA cleared products should be avoided unless they are the only given option. Even if a device has not yet run into problems it should be avoided. Not one person wants to be the first failure, especially if it could cost you everything.