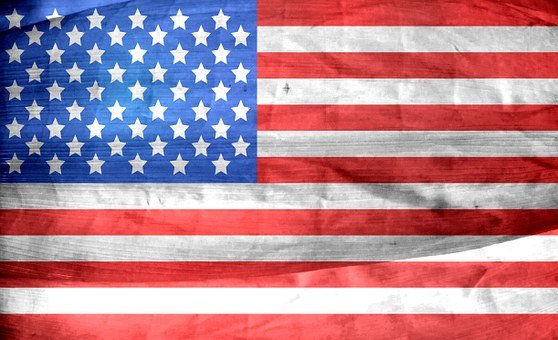 The American flag has been around since 1777

We all need to escape sometimes, but what if we want to escape everything around us for a long time? I want to find a solution to this problem. I have dug up A TON of information, but while I was researching alternative countries, I came across a problem. There is not really a place for those who might have conservative values.

I spent around a week digging into country politics, bouncing from country to country, finally settling on Egypt. However, after another few days it came to my attention that, even though a lot of the political views in Egypt align with Republican or conservative values, the social climate in Egypt might not work for a conservative.

I spent some time speaking to a few of my conservative friends and I realized that the most important values seemed to revolve around family, religion and loyalty to America, a commitment to the country. With this information, I went back into my notes and soon found that the only country that seemed to best fit both the political and social values of conservatives is America. There is no better alternative to America.

Things are changing around the world and, though a lot of cultures still embrace family, religion, and nationalism, peaceful conservative communities are hard to find. At the end of my “journey,” I had spent around three weeks staring at my computer screen trying to finish ONE article. I came out with less than I started with.

It has been a few months since I stopped working to find something and I finally figured something out. There is no alternative. America is our country, and sometimes running away isn’t an option. The grass isn’t always greener on the other side. I also realized that, though most people are not interested in actually hearing about Egypt as an option, my research might still be of use to someone. Maybe it is the right place for you?

Egypt is one of the oldest countries in the world, having existed since 3000 BC. Though ancient Egypt did end at some point, Egypt was re-established as an independent country in 1853. Egypt’s such an old place that it could maintain so many of the values that they had in ancient Egypt. It should be noted that Egypt is one of the only countries holding conservative views that is not corrupt or in some sort of Civil War.

When it comes to LGBTQ rights 95% of Egyptians believe that homosexuality should not be accepted by society. It should be noted that no law prohibits it, but there are moral laws involving the violation of religious morals. These laws make it very hard for someone to get by without social repercussions.  Gender identity is also not a thing one could change without the community lashing out, and transgender surgery is illegal. Most Egyptians believe that there are two genders, male and female.

Egypt holds the majority opinion that abortion should be illegal. Abortion is in fact illegal except when a woman is faced with extreme circumstances, like if the baby or fetus were to be a risk to the mother’s life.

In addition to the pro-life views of Egyptians, the community is also very conservative with their gun control laws. Gun control is not strong in Egypt.  You do need a license to hold a gun, but otherwise, gun possession is completely legal and has been for a while.  The Egyptian government shows no sign that there is a plan to change those laws.

One can also be charged with a crime for illegally immigrating. Immigrants must have a visa proving that they are legally coming into the country. The alternative is that if one is coming from a visa-exempt country, they simply need to present a passport. In other words, there are very strict rules surrounding immigration.

If you do manage to legally immigrate to Egypt and get a job, your minimum wage is 2000 Egyptian pounds, which are equal to about $116 American dollars per month. If you want to do more math you can do it yourself.  To put it simply working in Egypt is a highly rewarding endeavor.

Some additional benefits of moving to Egypt are that the country is fairly wealthy and considered a very safe place to live.  The cost of living itself is very cheap, so if you get a job you are getting paid well and won’t have much trouble paying rent or purchasing property.

Some conservative cons would be that although big businesses are the dominant source of power and government does not play a large part in the community, a lot of the big businesses are fairly corrupt.  It should also be noted that, unfortunately, the country is not very religiously diverse. This is not necessarily a con, but it could be a deciding factor if you were considering moving.  The religious population is made up of 90% Islamic practitioners and 10% Christian practitioners. Though 10% may seem like a small population they are the minority of the majority, if that makes any sense.

Egypt is the most conservative country in the world, perhaps rivaling America. However, America is going through changes considering the current election results, so if you are conservative and upset about the changes that might be made, Egypt might be a good option considering that a lot of the views show no signs of changing.

Though I did not come out of this process with the result I expected, I am glad that I did this. I have not only learned a lot about world cultures, but I have also learned about the culture surrounding me. I learned about the people around me–people who are different from me and who share different beliefs than mine. I have made friends I never believed I would make. Maybe I’d make friends in Egypt too!