Two Degrees of Separation Between the Grateful Dead and Jack Kerouac 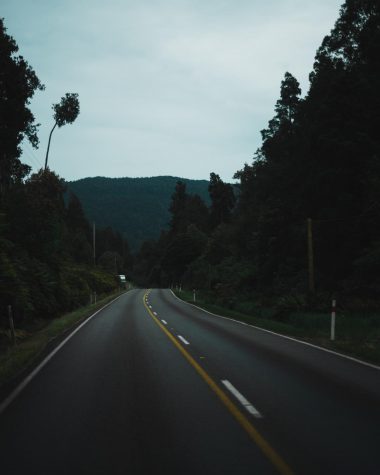 Jack Kerouac and the Grateful Dead: two of the most influential cultural icons from the last 75 years. While today they may not be as universally known to American teenagers as they once were, the respective impacts they made on literature and music still resonates with many. While they are both known as artists who challenged the rules of their respective mediums, precious few realize exactly how little separates Kerouac and the Dead.

For those who are unfamiliar, Jack Kerouac was one of the brightest minds of the beat generation. A pioneer in stream of consciousness prose, he is one of the most famous members of early counterculture in the United States. His most widely known work is On the Road, an autobiographical account of his journeys across the United States with his close friend Neal Cassady. While Jack is our narrator, the novel focuses on Neal. It begins “I first met Neal not long after my father died,” introducing him as a crucial aspect of the text from the very first. Cassady is also mentioned by various other beat poets, from Allen Ginsburg (another close friend of Kerouac), to Robert Stone. Many of these writers used aliases when writing about Neal, as he regularly stole cars and smoked dope. Much of On the Road consists of racing across the country, a crazed Neal behind the wheel.

Neal is also an icon of the early Psychedelic movement. As a member of Ken Kesey’s Merry Pranksters, Neal would spend even more time driving across the country. Except this time he would drive an old school bus that had been repainted in the greatest Day-Glo excess. Here, at the acid tests, he would meet the Grateful Dead. At the time, they were a small act, and the Dead were star-struck when they met Neal. To the unfamiliar, the Acid tests were a series of large public gatherings, each of which featured a massive assortment of video and audio equipment, as well as a drum full of Kool-Aid that had been spiked with LSD. The Grateful Dead would play throughout these tests, which lasted for at least 12 hours each, their instrumentation intermingled with various tape recordings and other Prankster doings. The stated goal of the Acid Tests: “intersubjectivity.” Before these bacchanals, LSD was unknown to public. It’s only use prior to then had been in strict clinical conditions. Kesey was able to get his hands on some by volunteering to be part of an experiment while at Stanford. He quickly began to pilfer the lab’s supply, and disseminate this astonishing substance among his friends. Certainly not a role model of any kind. As the leader of the Pranksters and the chief organizer of the Acid tests, Kesey is the spectacular force that brought Cassady and the Dead together.

While to many they would seem disparate, Jack Kerouac and the Grateful Dead have a crucial association in common, that of Neal Cassady, AKA Dean Moriarty, AKA Cody Pomeray, AKA “N. C., secret hero of these poems.” Isn’t it fascinating that some of the most famous icons of counterculture could be connected in so few steps?