Last 10 Things I would Bring to a Desert Island 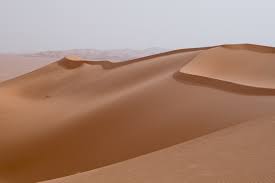 The most helpful item in this version of "items to bring to a desert island."

Now I’m going to go out on a limb and say that we’ve all been hit with the hypothetical question, “If you were stranded on a desert island, what three items would you bring?” The most popular answers I’ve heard are water, food, and some sort of entertainment. The correct answer is probably water, food, and a boat, but that’s not what we’re going to be talking about today.

I thought, what if we take this classic question, and turn it on its head? How about the question: What are the 10 WORST things to take with you to a desert island? Here are your answers:

Sand – Sand is already a pretty useless item. At the beach, it’s really just an annoyance, covering your feet, getting on your towel and food, and just being really hot. In the desert, it sometimes mixes with wind to create a sandstorm (those are bad by the way), or piles up to make pointless mounds of sand. Now let’s take it to a desert island. It doesn’t do anything to help with survival, there’s already an abundance of it, and you get most of the negatives that come with it as well.

Wasp Nest – Wasps suck. They can sting you multiple times, and will often sting aggressively, meaning they need no provocative action to cause them to sting you, they just will. Wasps, just like sand, in no way help you survive on a desert island, which is already something of a task to begin with. They also add to the substantial list of things you need to worry about while on a desert island.

Poison Oak – Poison Ivy is an itchy, spreadable, menace of a thing. Poison oak is just worse poison ivy. Oak is itchy, less identifiable, and subjects the user to an atrocious rash. Along with that, think about the horror that is poison oak combined with the two things listed above. Don’t want to? Understandable.

Tom Brady – This one may sound dumb, and very biased, and it is. My whole life I’ve been a Pittsburgh sports fan, but mostly a Steelers fan. Now if you have followed the NFL throughout the last 10 years, you’d know that the Patriots (the team Tom Brady played for until this year) have basically run the AFC, meaning they are always there to deny my team a drip to the big game. This fact, mixed with Tom Brady’s cheating history, has brought me to despise Tom Brady, which is why he would be an atrocious thing to bring to a desert island.

Tapeworms – Tapeworms are just nasty. They’re just nasty little worms, but they live inside of you. These are on the list for a couple of reasons. Obviously, there are much worse animals in terms of danger, but tapeworms bring with them a disgust factor, seeing that they live inside of you, they can cause a number of negative effects including nausea and vomiting, but the worst thing is if the tapeworm lays eggs you, you’re dealing with side-effects as bad as seizures.

Math – Math. This has caused me stress beyond anything else I’ve ever had to deal with. It’s something that I hate learning about in school, because I have a sneaking suspicion that there will be very few situations in my adult life where I have to factor something, or where a2 + b2 = c2 will be helpful, at all. I never plan on going into any sort of math related career, and I do plan on having a phone with a calculator on it. But now I’m on a desert island, struggling to survive, and all I have is a bunch of nasty bugs, some other useless items, and math, the most abominable thing mankind has ever come up with.

Covid-19 – This virus has ruined the last five months of my life single-handedly, I don’t feel like bringing it to a desert island with me. It would obviously be very annoying in the fact that it would almost certainly get me sick, not to mention weakening my body, in turn making all the other things I brought to the island much worse. Aside from that, it also assists me in no way when it comes to survival, and I still  have to worry about the coronavirus after almost a year of it being the main thing on everyone’s mind.

A really cute dog that doesn’t like me – Now this one isn’t as strictly bad as the other ones, but it might be the worst one yet, and this is because of the mental aspect it introduces. You already have nothing going for you while on this island, math is the least of your worries in this case, which should give you an idea of how dire this situation is. But, just as you’re giving up, the cutest little dog appears, like a ray of hope. Maybe this dog will help with your loneliness, gather food for you, or just be one less thing to worry about. But, no, this dog doesn’t like you and never will. It avoids you at all costs, eats up at the few resources you have, and overall just crushes you mentally.

Unmotivational quotes – On this island you don’t really have any reason to keep going except for your will to live. That is precisely what these unmotivational quotes are for, to challenge your will to live. Just imagine, you wake up, your stomach upset, a cute dog nowhere to be found, hornets in the air, sand everywhere, and a piece of paper that says “literally no one cares about you lol.” I don’t know about you, but that would do little to help me keep going, if not prompt me to just stop trying to survive.

A calendar – This was the one I spent the most time thinking about. “Why is a calendar bad?” you may be asking. I tried to put myself in this hypothetical position. Stranded on a desert, with the nine things above all there with you. And then there’s a calendar there. It doesn’t hurt you, and could be sort of helpful in some situations, but I think I found a way it could be terrible. Maybe I am alone in thinking this but if I could count the days as they flitted past, it would take a mental toll on me that would be the last straw.